There’s always something new popping up on Oahu, and this month is no different. From an exciting new food hall in Waikiki to a Japanese culinary experience, Oahu’s food scene is constantly evolving, bringing tantalizing new flavors and offerings to visitors and kamaaina alike. Here are our top picks for new eateries on Oahu, coming soon:

Tracing its roots to the nation’s capital, the new Kinship Waikiki restaurant will be a Hawaii first for D.C. Chef Eric Ziebold. The contemporary American restaurant will open its second location at DFS Galleria in the heart of Waikiki, and will feature popular favorites like the lobster French toast, as well as innovative new dishes inspired by Japanese cuisine, all while using the island’s freshest, locally sourced ingredients.

Apt. 5A at Philip House in Manhattan, New York

Philip House is a classic pre-war condominium reimagined for modern living. Built in 1927 and converted in 2013-2015 by ARCH Architects and interiors by famed Victoria Hagan. Apt 5A is a fabulous 4 bedroom and 4 ½ bath residence at Philip House is in triple mint condition with glorious sun throughout. Great investment opportunity as there’s a tenant in place for two years.

And all under a standard of exceptional service that comes with belonging to the world renowned brand of Sotheby’s International Realty.

Local expertise, a connected international network, and a globally-honored brand. This provides our sophisticated clients with an equally exclusive experience at all price points.

We are Lifestyle. We are Luxury. We are Home.

The Emerging Luxury Consumer is Global

The report, which is based on a survey that focused on luxury consumers in the United States, United Kingdom, India, United Arab Emirates and China, found that this emerging luxury consumer demographic is confident when it comes to their personal economy and the economy of their respective countries.

“The luxury residential real estate market is ever evolving,” said Philip White, president and chief executive officer of Sotheby’s International Realty Affiliates LLC.  “As a global leader in this arena, the Sotheby’s International Realty® brand commissioned this research survey to unveil emerging trends with luxury residential real estate consumers around the world.  We are always looking to the future and our focus is to keep a pulse on the state of the real estate market and the homebuyers of tomorrow.”

“The luxury market has been redefined in recent years due in large part to the impact of the new emerging luxury consumer,” said Kevin Thompson, chief marketing officer of Sotheby’s International Realty Affiliates LLC.  “These individuals have a luxury sensibility and an affinity for exclusive brands, proving that luxury transcends income levels – it is about quality, uniqueness, and ultimately achieving a certain lifestyle.  The Sotheby’s International Realty brand has its eye on the future and is perfectly positioned to unite these extraordinary lives with extraordinary lifestyles.”

Methodological Notes:
The Sotheby’s International Realty Affiliates LLC Survey was conducted by Wakefield Research (www.wakefieldresearch.com) among 200 US emerging luxury consumers, and 100 emerging luxury consumers in the UK, China, UAE and India, between November 17th and December 15th, 2016, using an email invitation and an online survey. The margin of error for this study is +/- 6.9 percentage points in the US, and +/- 9.8 percentage points in the UK, China, UAE and India at the 95% confidence level. Base sizes under 100 are directional findings only. Data from sothebysrealty.com: Google Website Analytics, sothebysrealty.com, April – December 2015 vs. April – December 2016.

A New Luxury Paradigm for Honolulu

The widely anticipated grand opening of Waiea, the newest 36-floor luxury high rise residence, represents the pinnacle of luxury living in Honolulu. Composed of only 174 residences, including 10 town homes, 12 penthouses and two breathtaking grand penthouses, Waiea offers the most sophisticated residences in Hawaii, not to mention the most stunning island and ocean views. Among those offerings represented by LIST Sotheby’s International Realty… Grand Penthouse 35. What makes this residence unique is that it is fully customizable by the new owners. The centerpiece is a spectacular rooftop lanai and a private ocean facing infinity pool with perpetual 360 degree views of the Pacific Ocean, Diamond Head, mountains and Waikiki.

No detail was overlooked, including the art work that is an integral part of the property’s DNA.

As you approach the building, a magnificent sculpture in the porte cochere welcomes you.The Howard Hughes Corporation collaborated with Waiea’s award-winning architect James K.M. Cheng and internationally acclaimed designer Tony Ingrao to identify a handful of artists from across the globe for consideration. Following an extensive review of many talented artists, they unanimously selected a sculpture by Tony Cragg, one of the world’s most prolific living sculptors, to feature at Waiea. Cragg’s bronze sculpture was chosen for its dynamic and energetic scale, rich color and organic shape to complement the tower’s inspired form. Waiea, the Hawaiian term for “water of life,” refers to the building’s sweeping water-inspired glass façade and the gorgeous fluidity of Cragg’s piece perfectly balances the site’s relationship with water.

ABOUT THE WORK, Versus

Poised between figuration and abstraction, the form of Versus is composed of over sixty different profiles that combine in an emotive and powerful bronze assemblage. In its dynamic sense of movement, the work is part of Tony Cragg’s iconic “Rational Beings” series that is characterized by tall columnar forms fabricated in bronze, wood, stone, plaster or steel, in which facial profiles become intermittently visible when the works are viewed from different angles. Evoking a vitality and sense of internal energy, Versus invites the viewer to interact with its shifting outlines and the myriad of interpretations they provoke. Here, the subtle anthropomorphic quality of the sculpture instills it with a sense of human intimacy.

Tony Cragg’s art typically consists of staggering, complex mosaics made of found objects, often arranged in whimsical and monochromatic patterns. He works across mediums, in sculpture, ceramics, printmaking, installations, and drawing. And works such as his 1978 floor piece New Stones, Newton’s Tones use chromatic changes in carefully arranged accumulations of consumer detritus, so as to call attention to landscape, space, and most importantly, material. Cragg has been quoted as saying, “I’m an absolute materialist—and for me material is exciting and ultimately sublime. When I’m involved in making sculpture, I’m looking for a system of belief or ethics in the material.”

Cragg is the recipient of the prestigious Turner Prize, an honorary doctorate from the Royal College of Arts, and a Commander of the Order of the British Empire. Major solo exhibitions include shows at the Fondazione Stelline in Milan, the MACRO Museum of Contemporary Art in Rome, the Lehmbruck Museum in Duisburg, and the Museo de Arte de Lima.

Never before has a residence been designed to fit the exact specifications desired by the future owners.

This grand penthouse sits on the 35th floor of Waiea, the flagship building for the master planned community of Ward Village located in close proximity to Waikiki. This 6 bedroom, 6.5 bathroom residence sprawled over 8,532 sq. ft. features a spectacular rooftop lanai over 2,000 sq. ft. and your own private ocean facing infinity pool. Swim under the sky with perpetual 360 degree views of the Pacific Ocean, Diamond Head, mountains and Waikiki. Seamless indoor and outdoor living on a single level. A dedicated elevator provides the utmost privacy and security.

This highly prized offering includes a design credit for the most discriminating owners to fully customize the penthouse of their dreams with their choice of interior design finishes. This is truly an unprecedented opportunity to create a unique and lasting legacy. Waiea is a masterpiece created by the world renowned architect, James K. M. Cheng in collaboration with one of America’s iconic interior designers, Tony Ingrao. In his words, James Cheng calls the penthouse “a villa in the sky.” Designed with the connoisseur of life in mind, no detail has been overlooked.Sheathed in high-performance, double glazed, low-e coated glass, the building’s sweeping, wave-like façade is inspired by the essential life-giving role of water in the local landscape – from the fish ponds to the vast Pacific Ocean. Waiea, the Hawaiian term for “water of life” links the magnificent structure to the cultural and historic significance of water to the Hawaiian people.

Waiea is the flagship building of the new master planned community of Ward Village. Located on 60 acres of prime coastal property, this is Honolulu’s only model community that is being planned, developed and operated by a single developer – Howard Hughes.

Ward Village is certified as LEED-ND Platinum by the United States Green Building Council (USGBC). From its energy-efficient buildings to its numerous green spaces, this community epitomizes the next generation of innovative, sustainable design. It is the largest LEED-ND Platinum project ever certified in the United States and the only one in Hawaii.

Ward Village is one of the great urban communities of today that will ensure Honolulu continues to be a leading 21st century city. It has the perfect blend of urban and island living with a unique cosmopolitan vibe. Pedestrian walkways, outdoor gathering places, diverse collection of retail shops, restaurants and entertainment make Ward Village a premier destination unlike any in the world. Ideally situated between downtown Honolulu to the West and world renowned Ala Moana Center and Waikiki to the East, Ward Village is poised to take its rightful place as the new center of Honolulu, a neighborhood and gathering place that calls to people everywhere. 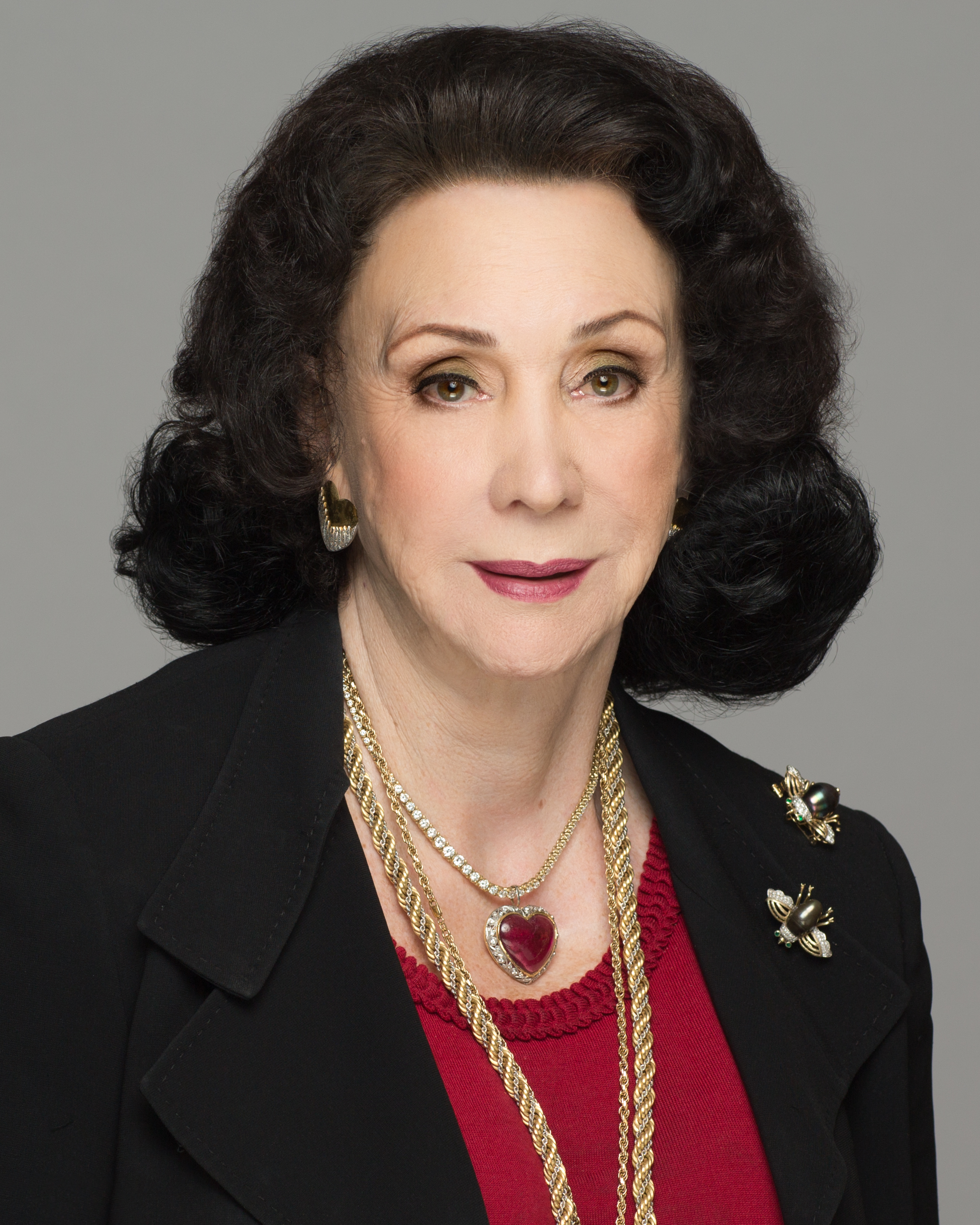 Each Sotheby's International Realty® office is independently owned and operated.