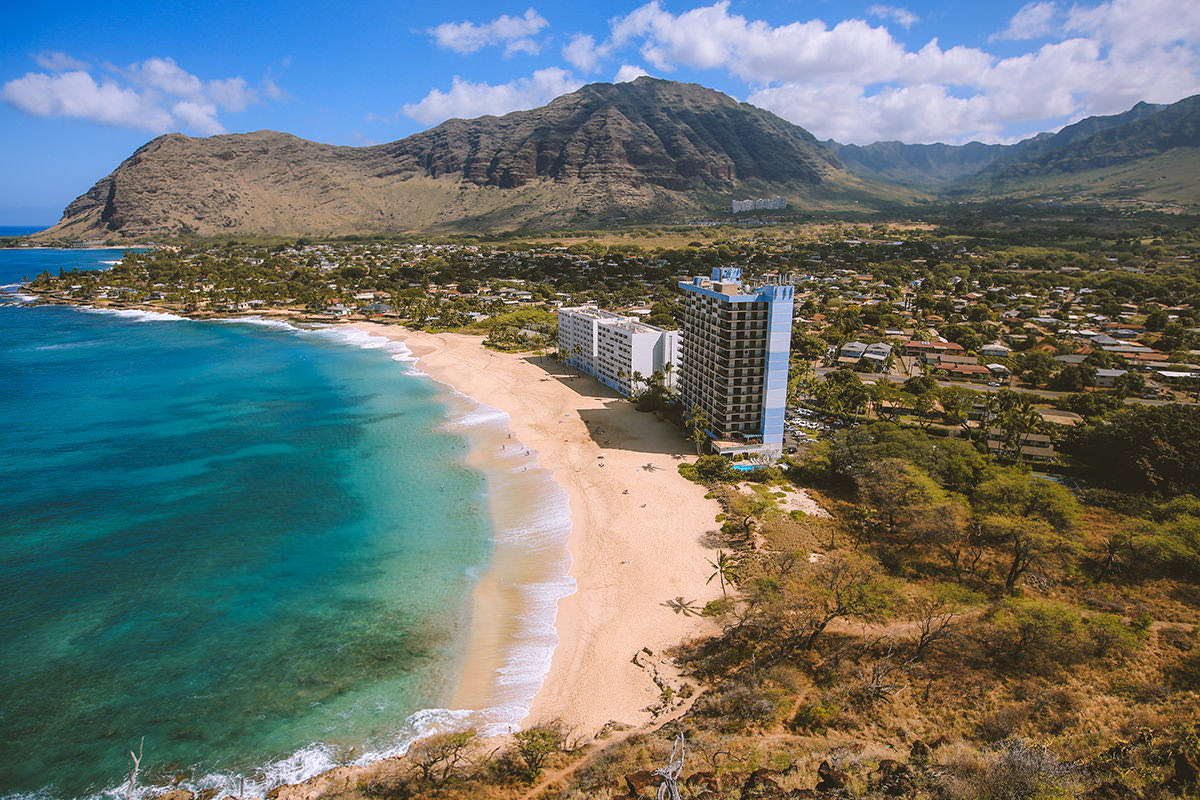 As is typical for this time of year, the Oahu real estate market saw a slight decrease in total sales month-to-month. However, despite the modest dip in market activity, the majority of homebuyers continue to bid over the asking price in the hopes of securing a property to call home.

Around 57% of single-family homes sold in September were priced at $1 million and above, and the most volume growth occurred in the $1,000,000 to $1,399,999 range, with more than double the sales as last September. Roughly two out of every three single-family homes sold last month closed above the original asking price. The practice of bidding over the asking price was most prevalent in the Ewa Plain region, representing more than 80% of the region’s third quarter sales.

Sales of condo properties in the $700,000 and above price range more than doubled year-over-year with 129 closed sales compared to just 57 last September. Meanwhile, 39.6% of condos sold for more than the asking price in the third quarter, especially in the Central, Ewa Plain, and Makakilo regions, where this occurred in over 70% of sales.

Both markets marked an uptick in new listings compared to 2020; however, active inventory – representing properties listed and open for sale at the end of the given month – fell sharply. The active inventory of single-family homes dropped by 17.4%. The regions with the most significant decline in active inventory for this market were Diamond Head and the North Shore, representing 49% and 59% drops, respectively. A total of 738 new condo listings came on the market in September, translating to a 28.1% year-over-year increase, though active inventory was down 40.9% compared to one year ago. 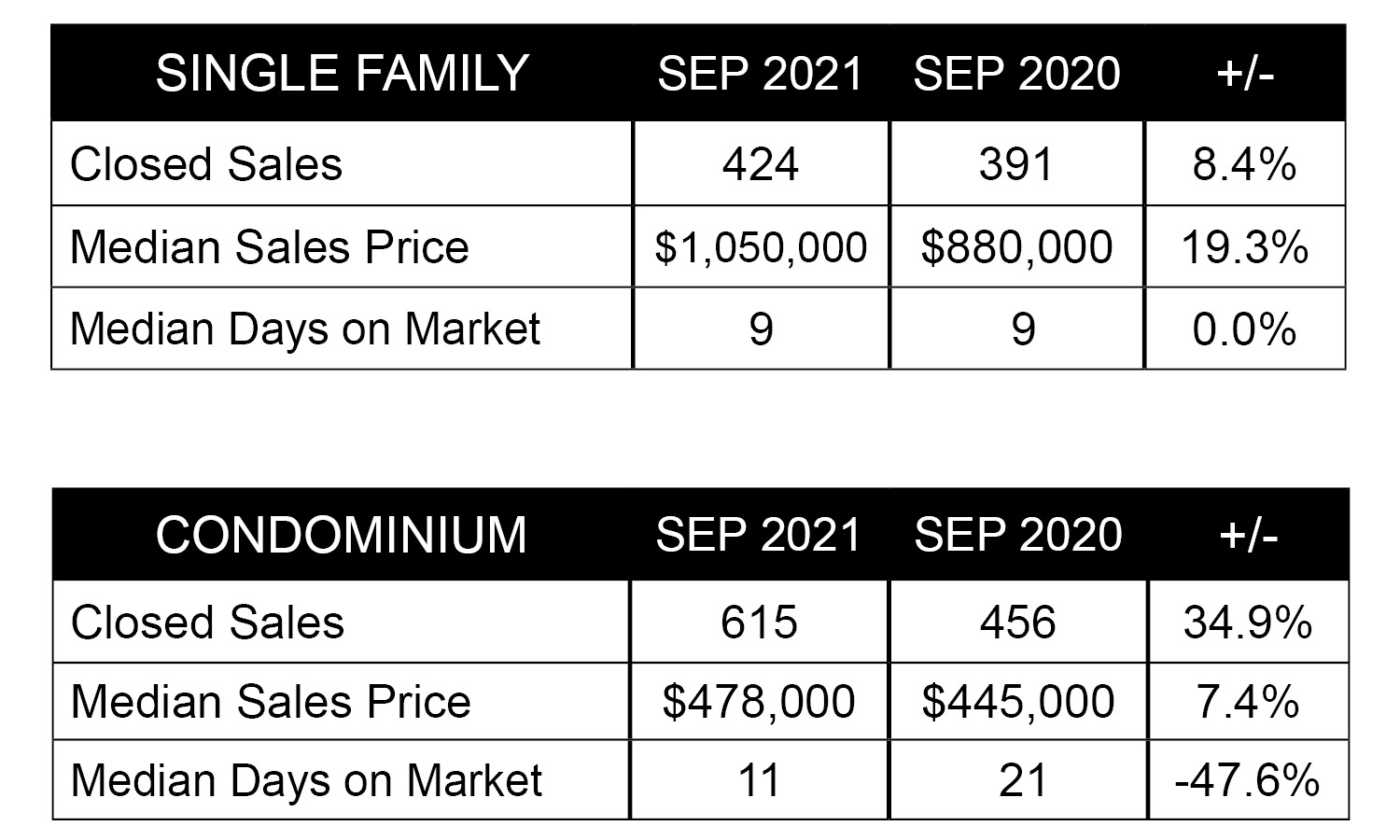 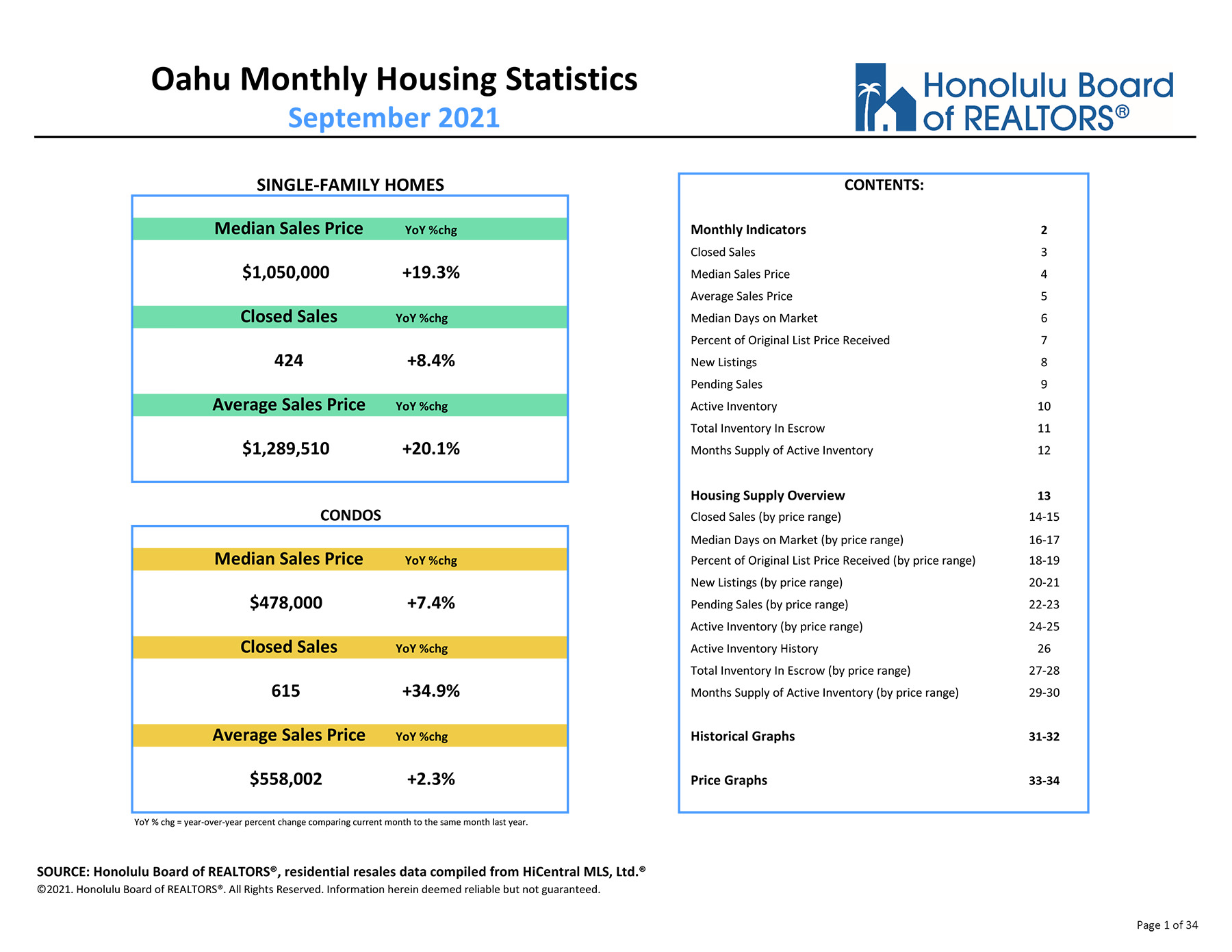 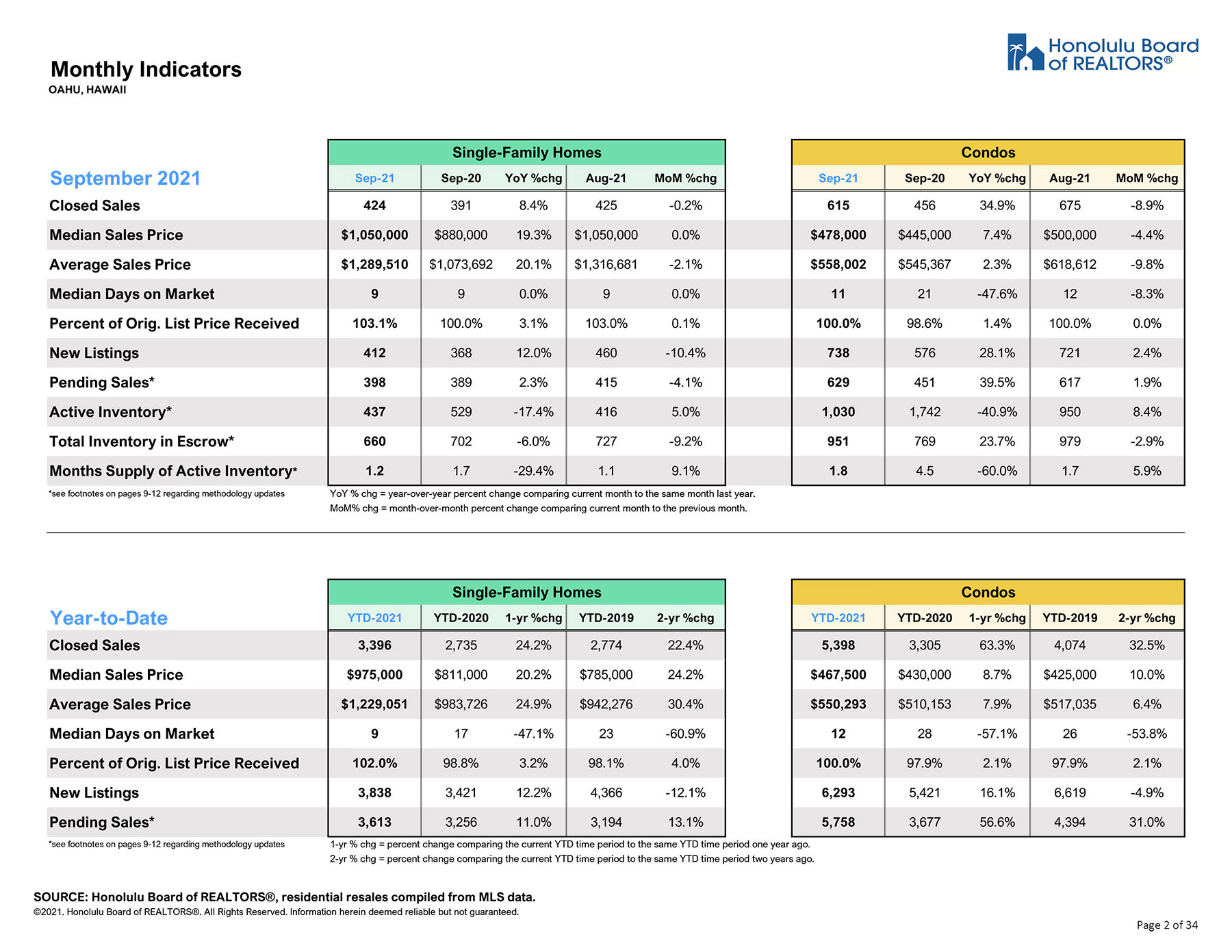