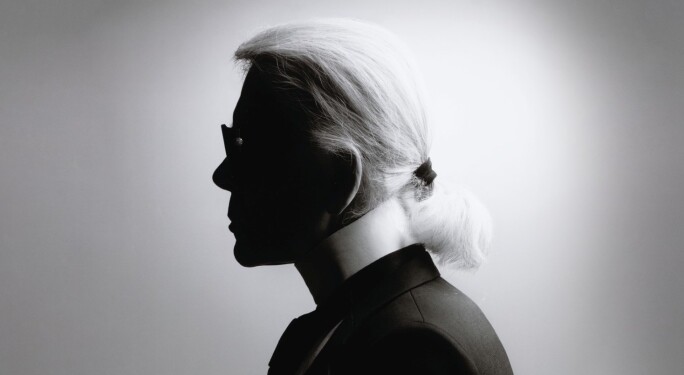 Karl Lagerfeld has fascinated for more than half a century. A key figure in the luxury goods industry that he helped to build and ceaselessly internationalized, he turned his name and his look into a brand.

Sotheby’s is paying tribute to this genius of a designer with the sale of over 1000 lots from his residences in France and Monaco, presenting an anthology of his personal taste but also of his life and career. Divided between Monaco, Paris and Cologne, the sales are in his image, multiple and surprising, telling the story of the couturier, the collector, the decorator and the photographer.

An insatiable collector, Karl Lagerfeld created bold interiors throughout his life. He opted for the colorful and playful Italian design of the Memphis group whose humor he had fallen in love with in the 1980s. He then turned to the French decorative arts of the 18th century, which he considered an ideal of elegance and refinement. In the early 1970’s, he was equally passionate about Art Deco, which he described as the roots of “this modernity that I am tirelessly searching for”.

For the last twenty years of his life, it was contemporary design by figures such as Mark Newson, Martin Szekely and Ronan and Erwan Bouroullec, with whom he created a new futuristic interior at the dawn of the 3rd millennium. His last residence in Louveciennes was unexpectedly decorated in a style relating to Germany in the 1920s, with furniture designed by Bruno Paul and posters from early 20th century German advertising.

The sales also include numerous lots featuring Karl Lagerfeld – from his portrait by Takashi Murakami to Tokidoki dolls – as well as the designer’s personal items; thesis include bowls adorned with the picture de son cat Choupette, a Jeff Koons Balloon Venus , three Rolls Royces, the iconic leather mittens That he Wore Constantly for the last 20 years, and a selection of the following jacket by Dior, Saint Laurent, KL, Comme des Garçons and Martin Margiela.