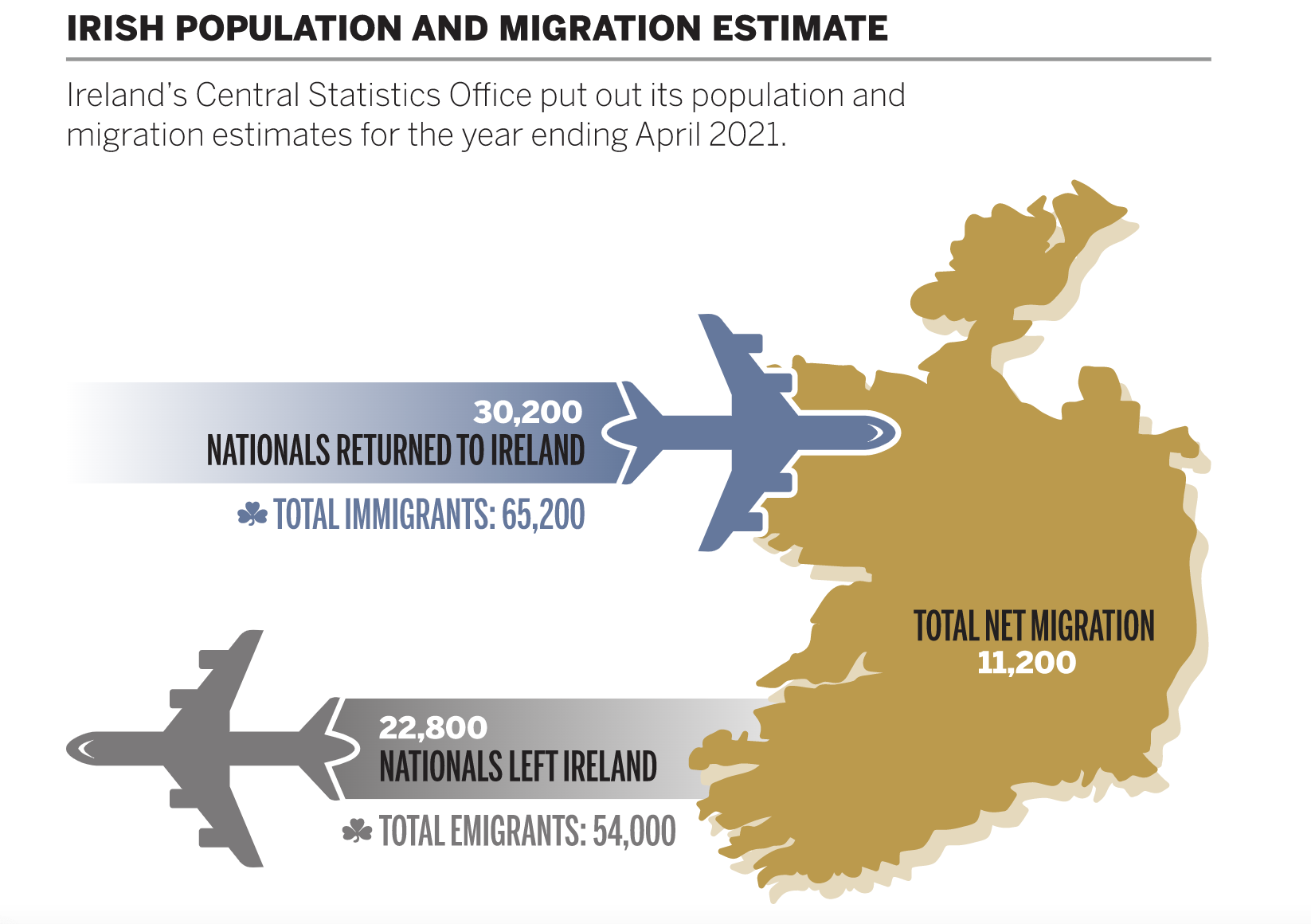 One of the pandemic’s significant effects on the global property market is the boomerang-buyer phenomenon, which has seen millions around the world take advantage of work-from-home policies to move closer to their families. Some chose to give up or downsize homes in the city to move back to their hometowns, while hundreds of thousands of expatriate workers rushed to purchase property in their home countries. From Ireland and the U.K., to France and Germany, Bulgaria and Serbia, the U.S. and Canada, India and Singapore, and Australia and New Zealand, boomerang buyers returning from abroad spurred sales, particularly in the luxury sector. Nearly two-thirds of expats worldwide had considered purchasing a property in their home country as a result of the pandemic, the Financial Times reported, with 29% planning to move back full time and 57% seeking a home for future use. The Economist recorded a mass exodus of expat workers from Asia, with more than 15,000 choosing to return to the U.S. alone. This boomerang-buyer trend is set to continue into 2022.

In Ireland, a wave of buyers abandoning Dublin to move closer to family in their home counties is fueling rising property prices outside the capital, along with the largest return of Irish citizens living overseas in more than a decade, according to government data. In India, around 50% of those who moved back during the pandemic said their primary reason was the desire to be closer to family, according to local news reports. Meanwhile, up to 81% of Indians living overseas cited plans to buy luxury property in their homeland, 53% for personal use and 47% for investment, a shift from pre-pandemic surveys which found that 68% of properties purchased by Indian expats were investments. Luxury real estate was most in demand with overseas Indian buyers, with 50% searching for luxury properties priced at over US$200,000, the highest surveyed price band.

Australia and New Zealand in particular are experiencing an influx of expat buyers in search of luxury property. Official statistics in New Zealand showed that July 2021 saw a net gain of New Zealanders for the 12th consecutive month, a reversal of the pre-pandemic status quo. A million New Zealanders live abroad—one in every six—but by May 2021, a record 50,000 had moved home as a result of the pandemic, more than at any time since the 1970s. Thousands more have purchased properties online, awaiting the reopening of borders. The country’s median house price increased 19% for the year to April 2021, and high-end luxury properties are particularly coveted. “Definitely the biggest increase in demand is in that super high-end. For us that means NZ$10 million–plus,” says Mark P.A. Harris, co-founder and managing director, New Zealand Sotheby’s International Realty. “We just haven’t got enough stock in that area to fulfil the demand at the moment.”

Demand shows no signs of diminishing. “Since June or July 2020, we’ve had a record each month, so it’s just been phenomenal in terms of the buying demand. We’ve got a million Kiwi expats around the world, and a huge amount of them wanted to try to get home, but also to buy something back home.”

In Australia too, expat buyers are seeking footholds back home. In Queensland, the heart of Australia’s lifestyle market, buyers from Sydney and Melbourne are competing with Australians living overseas. “We’ve seen a real acceleration in the acquisition and purchase of property in all of our lifestyle locations, particularly from our high-net-worth and ultrahigh-net-worth buyers in the southern capitals,” says Paul Arthur, owner and CEO, Queensland Sotheby’s International Realty. Australians spent A$65 billion on international travel for the year to March 2020, and “all that money is now staying here,” he says. In addition to domestic buyers, “we’ve certainly seen…people returning to Australia that have been based overseas, that have spent their time building their net worth and are suddenly deciding it’s time to come home,” he says. “It’s almost like a flight to safety…we’ve seen a lot of returning families coming out of the U.S. and parts of Asia, whether that’s Hong Kong or China.”

Due to lockdowns and travel restrictions, many buyers are purchasing properties online, particularly in New Zealand, where borders have been closed for most of the pandemic. “We’ve calculated we’ve done NZ$110 million worth of deals by purchasers who haven’t physically seen the properties,” Harris says, adding that New Zealand Sotheby’s International Realty made three of the biggest residential sales in New Zealand in 2021, two for NZ$14.5 million and one for NZ$16.1 million. Two of the buyers were expat New Zealanders and the third was from Australia. He estimates that in the Southern Lakes area, up to 50% of buyers are coming from Auckland, 30% from the local area, and 20% to 25% are expat New Zealanders or international buyers from Australia and Singapore.

Most luxury buyers want properties in popular resort areas, including Queenstown, the Southern Lakes, and Hawke’s Bay. “If a buyer was contemplating a move or a purchase in a lifestyle area over the last four or five years, this has just accelerated that decision,” Harris says. The same is true of Queensland, where Arthur says demand far outstrips supply.

The boomerang-buyer trend—and accompanying price surge in the luxury sector—is set to continue into 2022, particularly if interest rates remain relatively low. “Prices have just gone through the roof,” Harris says. In August, prices were up 25% year-on-year, but volume was down 25%, he says. “I think we’re in for another steady year.” The eventual opening of the borders is likely to lead to another surge in purchases from boomerang buyers, he adds.

In Australia, historic low interest rates have also helped to create “a perfect storm” for buying. “

We’ve still got the right factors in play to continue to keep the heat and drive in the luxury market, certainly within the state of Queensland…We’ve had within the last 12 months arguably the biggest Bull Run we’ve seen in decades,” Arthur says. “Now that will cool at some time, but I think it’ll be well into 2022 before we come off the highs that we’re experiencing.” 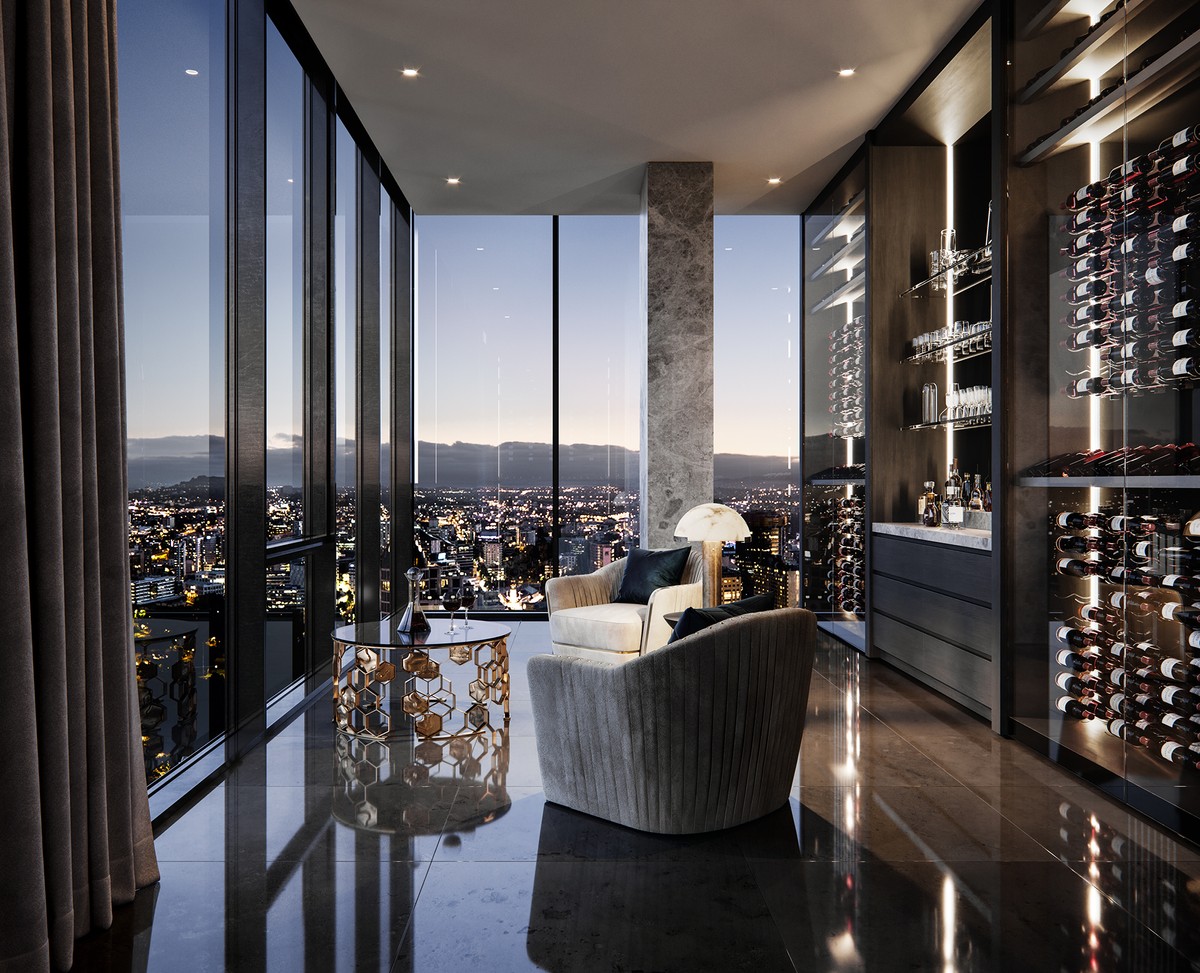 The Pacifica Super Penthouse rises high above the shores of Auckland, New Zealand